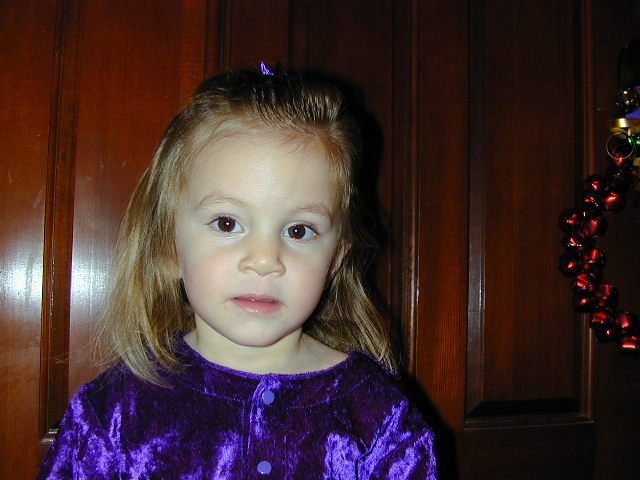 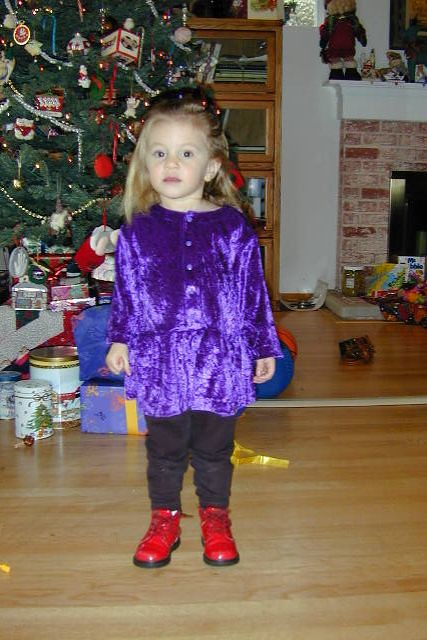 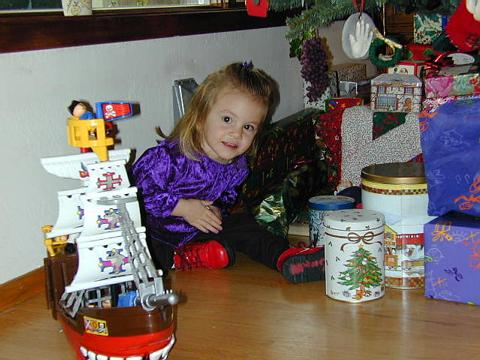 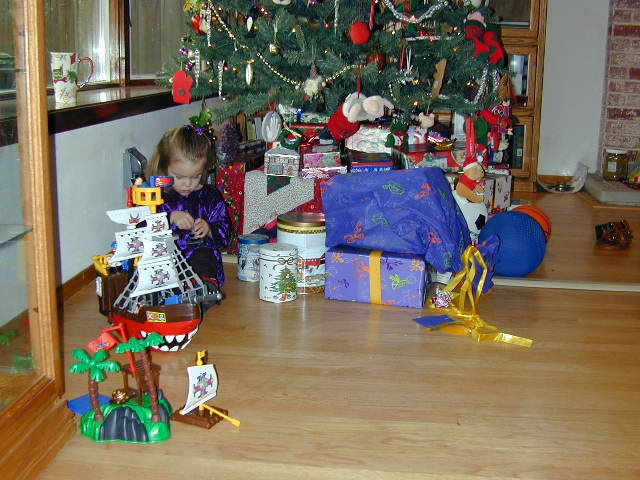 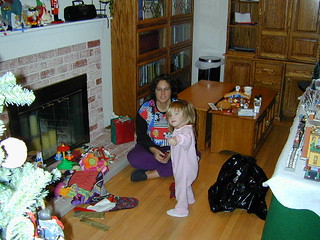 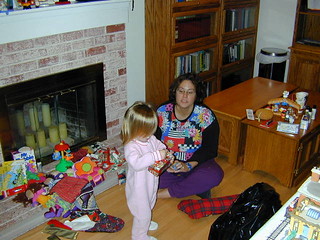 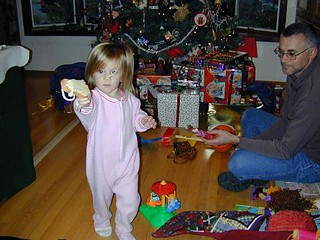 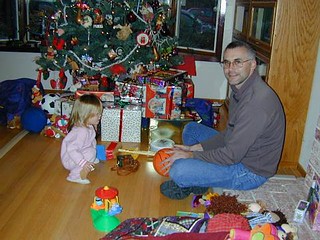 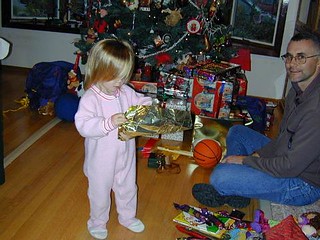 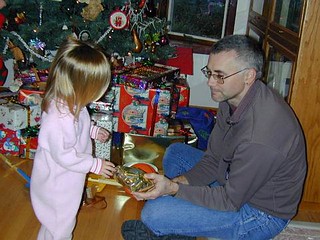 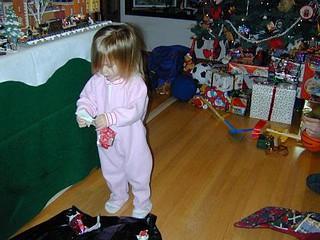 We each have our own tape because I take things and don’t put them back. So DH went out and bought a bunch of tape. I am only to use my tape.

Ugh. Today, I am a single parent. Usually, dh stays home late on
Mondays and Fridays, so he can take Chunguita to daycare. Today, he had to leave at 5 am to catch a plane. Poor Henrey will have to have a poopy poop-area for the day. Dh will be back tonight. I did get to work by 8:10 which is pretty darn good.

When Chunguita was 4 months old, dh had to go away for 2 weeks straight. I wasn’t working outside the home, then. It was tough. The 2nd week, I had my dad come and stay with us so that I could bathe.

I love getting stuff in the mail. Chunguita does, too. As we walked up to the door, she exclaimed, “Big Box! Big Box!”

Chunguita and I are on our own until Wednesday afternoon. DH finally had travel he couldn’t get out of.

Chunguita has been sleeping pretty good the last 2 nights. She’s only woke once. I wonder if she will be able to hold this pattern while her daddy is away.

They are so interesting to have conversations with right now. She kept asking for her daddy this morning, and I told her that he had to take a business trip, so he was going to be away for a while.

“Away. Henrey away.” was her response. She was very concerned.

I told her that Henrey had to go away and that he wasn’t coming back, but that her father went to New Mexico and that he would be back in 2 days.

Close enough. I wonder what was going on inside her head.

It’s going to be interesting this evening. DH has gone away before, but not in a long time. I hope I’m up to being a single mom. I’m kinda stressed because I’ve got a lot to do at work, and this would be a nice week to work late, except that it’s almost xmas, and I still have things to do for that, and none of that is going to get done because I’m a single parent. Maybe I’ll be able to do some laundry.

When my nephews were little, I would take them out with me for the day. Jason would hold on for dear life, but he was all over the place. Sean followed along behind, at a steady pace, taking everything in. He was trustworthy to stay at my side.

Except that we were at a crowded street fair. Jason was moving at a good clip; Sean fell behind. I looked behind me for him, and he was gone. Terror gripped my heart.

The worst part was that because of the crowd, I couldn’t move well with Jason clinging to me. I left Jason on a picnic table by a vendor who said Jason could run to him or call him if need be and went back for Sean. Jason swore he wouldn’t move. Terror gripped my heart.

I walked back the way we came, calling Sean. He wasn’t too far behind, and I scooped him up into my arms. “I was looking for you.” was all he said, and I told him that I was looking for him and that I was sorry that I had lost him. Then we raced back to Jason, who was clutching all of our stuff in a death grip waiting for us.

We had a nice reunion. And I learned a good lesson about watching children.

There is nothing more terrifying thinking a child is lost.