I have a bunch of patterns from the 1930s that were once owned by Bernice Langer of Waterloo, Wisconsin. When I bought them, I didn’t notice that they were all from the same woman. I don’t remember where I bought them, so I can’t go back and ask the seller. And that makes me really sad.

Bernice and I have similar taste in clothing, and we are about the same size. Bernice had beautiful handwriting. I’ve enjoyed reading the notes she wrote on the patterns and envelopes.

She lived near here. I can’t find the exact address, but I’m sure things have changed since the early 1930s.

I think her middle name was Caroline.

Wendt, Bernice C.
WATERLOO – Bernice C. Wendt, age 90 of Waterloo, died unexpectedly on Sunday, May 28, 2006. She was born on June 8, 1915 in Waterloo, the daughter of Charles and Laura (Hafenstein) Langer. She married William Wendt on Aug. 31, 1947, at St. Paul’s Lutheran Church in Waterloo. She graduated from Waterloo High School in 1933. She was part of the Waterloo Business Community for many years. She was an active member of St. Paul’s Lutheran Church participating in many church activities including church organist. She was also a member of the Waterloo Historical Society and the Waterloo American Legion Auxillary. Survivors include her son, William (Carol) Wendt of Waterloo; daughter, Laura (John) Frey of Waterloo; three grandchildren, Brian (Cindy) Wendt, Amy Wendt, and Adam (Amy) Zimmerman; three great-grandchildren, Ryan Wendt, Elisabeth Hahn, and Emma Zimmerman; sister-in-law, Helen Langer of Milwaukee; many nieces, nephews other relatives and friends; and a special friend, Kate Radke. She was preceded in death by her parents; husband, William on July 29, 1985; and two brothers. Funeral services will be held on Thursday, June 1, 2006, at 11 a.m. at ST. PAUL’S LUTHERAN CHURCH in Waterloo. The Rev. Robert Kosky will officiate. Burial will take place in the Oak Hill Cemetery in Waterloo. Friends may call on Thursday at 9 a.m. at the church until the time of service. In lieu of flowers, memorials may be made to the Waterloo EMS or a charity of one’s choice. The Pederson Funeral Home, 143 S. Washington St., Waterloo is serving the family.

Rest in Peace, Bernice. I would have liked to have known you.

I took a class with Shirley Adams a while back. She demoed needlepunch and pin-weaving. She also showed off some of her clothes and bags that she’d made with the 2 techniques. I haven’t tried any of her patterns. They were not recommended by some local sewing friends. However, I’m intrigued by the idea. I sorta do the same thing, like when I turned my t-shirt into a cheongsam. Anyway, I resisted her patterns. I did buy the set of books. I highly recommend them. They are loaded with great information on altering and morphing patterns.

No, I am not sewing, unless you count the hand slip stitching that I’m doing on Chugita’s quilt. Personally, I don’t count that.

That dress to the left is Anne Armstrong-Jones’ silk twill “Snow White” dress was made by Charles James in 1938 (ref. Sewing World magazine). I love the print. I find it rather freeing that the pattern is NOT matched across the center front seams. I’m not sure that I feel so free as to not match the pattern if I were to make such a dress, but this is a couture dress made specifically for one person, and they didn’t match the pattern on the center front! Maybe it’s more mind-boggling than freeing. I’m not sure.

In addition to the fabric, the sleeves and the collar are very interesting. That tuck thing on the sleeves should be easy to do, if I ever sew anything for myself ever again. (Only kidding.) I don’t think I’d do the neckline, but I do admire it. I am too busty for it. A lower cut neckline would suit me better. Hm.

I just might make it without strangling my kids. 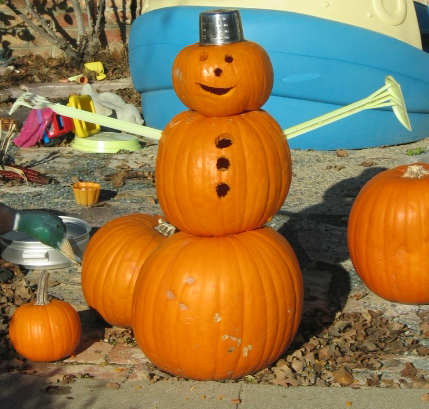 We can’t all make snowmen out of snow, you-know.

Did they have the new Simplicitys?

Inspirational pattern
from the 1930s

It’s kinda funny. When I started my first blog, I called it Neefer Sews. Then I started a couple other blogs: one with kid pictures to share with Granny and other long distance relatives and one about my eating disorder. Then I decided to merge all the blogs because it was too hard for me to keep track of which was which. My blog became Neefer Sews, Parents, Crochets, Exercises, Heals, and Blathers or something like that. Then came WordPress which I could host at my own site. Well, WordPress, at that time, didn’t allow for separate blogs, but it did have separate categories. I decided that the title was too long, and one night in a dream Acorns to Oaktrees came to me. And sewing was no longer the main focus a focus of the blog.

Well, I am still pursuing sewing although I have not been able to focus on sewing clothing for myself for a while. First and foremost, it’s the holiday season, and I have small children. We’ve been doing lots of creative stuff. Some of it even included sewing, perhaps by hand, but sewing all the same.

Seondly, and perhaps more importantly, I have a limited attention span. I really like something while I’m learning about it, mastering it, or becoming an expert, up to a point. Then I start to get bored. I don’t like doing the same thing over and over. I don’t remember exactly when this happened in quilting, but it happened. It’s not that I’m an expert; I just stopped becoming an expert at a rate that excited, intrigued, and amused me. Did I stop quilting? I guess not. I’ve been working on Chunguita’s quilt for the last three years. I’m working on it now. I’ve been quilting it. I’m kicking myself for not stitching in the ditch and nothing else. Machine quilting is BORING! I want it to be over.

Anyway, I think I’m starting to reach that point with clothing sewing. I’m not learning as much as quickly, and I’ve discovered graphic journaling which is distracting me from sewing.

My latest sewing effort. It’s supposed to be a dog. Pulguito picked out the socks. Pulogito loves it. It’s based on instructions from one of Martha Stewert’s magazines.

Wednesday is Book Sharing Day in First Grade. Chunguita decided she wanted to share Pulguito’s Newborn Baby Album. One of the pictures is a full length portrait of Pulguito’s first bath. He’s naked, of course. Mrs. Hurtado wouldn’t let Chunguita show that particular picture to the class. That was fine; I totally understand why. Afterwards V. came up to Chunguita and asked to see the picture in question. V and Chunguita couldn’t figure out why she couldn’t show the picture. Well, J comes up, points to Pulguito’s penis, and giggles, “I can see his privates.” V and Chunguita still don’t get it.

During dinner, Chunguita asks me what was wrong with that picture. “Well, not everyone is comfortable with nudity and bodyparts.” I said.

And I’m glad she doesn’t get this.

St. Augustine, Florida is the oldest permanent city in the United States; the Spanish established the first European settlement there in 1565. St. Augustine was founded 42 years before Jamestown, Virginia, and 55 years before the Pilgrims landed on Plymouth Rock in Massachusetts. (ref. Reference.com)

Was your history class as Anglo-centric as mine? I’ve never heard of St. Augustine, the city.

2 kids, full time, PreSchool 2 (ie 3 year olds) and Schoolage costs us $18,681.00 a year. It makes me wonder how working class families or single parent families can afford daycare to go to work.