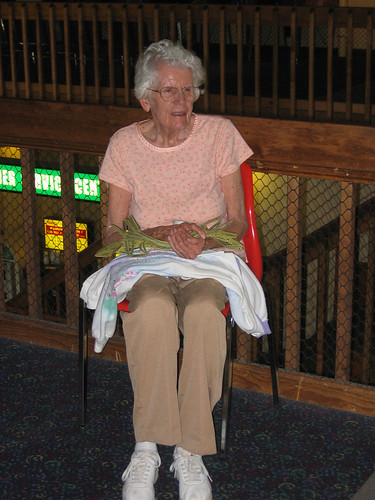 We waited for Kathy, Linda, and Granny to pick us up after eating at Keller Haus. There was this cool cemetary (all cemetaries are cool) right next door. 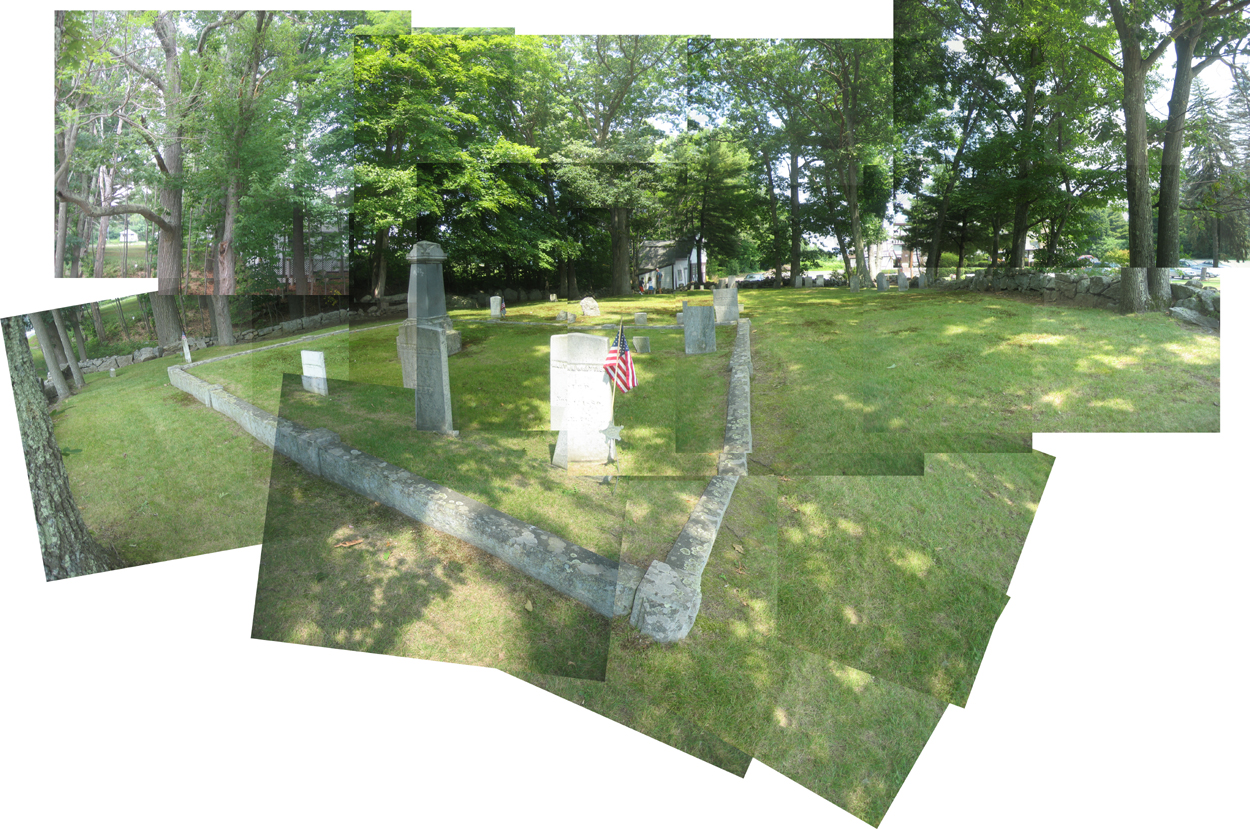 I dropped Chunguita off this morning. Things went well. She didn’t want to hold my hand until the very last minute.

She brought home homework last night, and DH and I helped her fill out some information for her homework folder. Chunguita loves homework.

Some pics from our day on the party boat. It was grand fun. 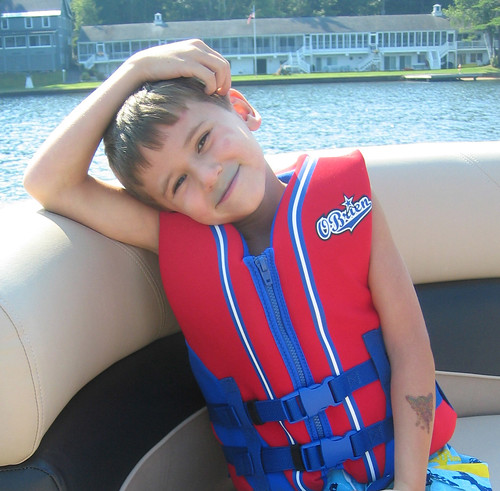 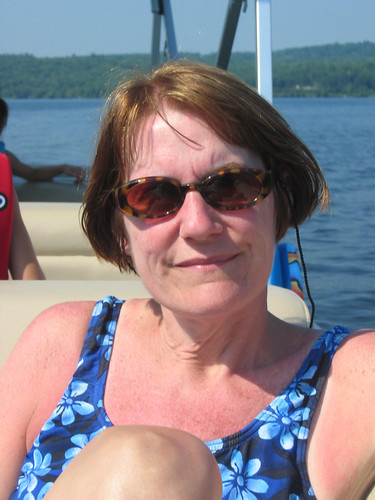 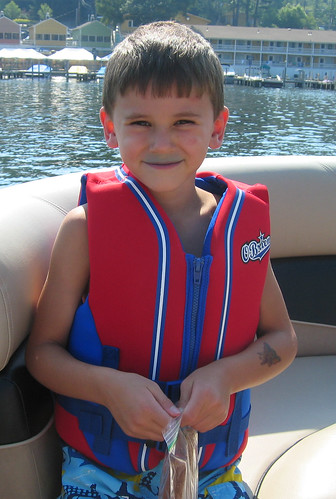 It’s the first day of second grade. Chunguita had an anxious night, but she was sound asleep when I got her up at 7 am this morning, and she ate her breakfast.

There were no tears at school, but she clutched my hand until the teacher said it was time for parents to leave.

We stopped and had lunch by the log cabin in Golden Gate Park. After lunch, the kids and I checked out a couple of plaques that were in the area. Both were mounted to boulders. The first one (picture to the left) was a monument to the original 13 colonies. Supposedly, it marked the location of a grove of trees where a native species from each of the original colonies was planted. I don’t think all the trees are still there. The plaque was over 100 years old. Some of the trees may have naturalized. There were a few stands of different species, but I don’t know enough about trees to tell much besides if they are coniferous or deciduous. I thought that was a really neat idea to make a grove like that, and I was disappointed to find that it really wasn’t there.

The purple head was really neat. As we were riding along, we could see the top of a purple dome sticking up over the hill. What’s that? we all wondered. We stopped and checked it out.

And even better than the head was the public restroom that was just behind the head. Of course, we availed ourself of the facilities.

We also visited the Rose Garden. They were setting up for a wedding. It’s a lovely spot, but I’m not sure that I’d want to have my wedding in such a public location.

I love the burls in old redwoods.

DH catching some rays and z’s outside the flower conservatory