Silkroad Fabric on 14th Street in Oakland is struggling. They had a terrible year last year, and if this year is as bad, they will have to close. They are located in the old Holmes Bookstore (for any old Oakland-philes like me out there), and they have preserved all the old woodwork and trim. Parking is free on Sundays.

The first goal in No Weigh: A Declaration of Independence from a Weight-Obsessed World is

I will accept my body in its natural shape and size.

The therapist noted that accepting it doesn’t mean that I have to like my body.

So what else about me do I accept even tho I may not like it? Well, my eyes. I’m terribly near-sighted. I can only see about a foot (30 cm) without my glasses. What’s worse is that I need bi-focals because I can no longer thread a small-eyed hand sewing needle with my glasses on. I have to take them off, which is a pain because I can’t see anything else with them off, so they have to go back on almost immediately, and I can’t put them up on top of my head because it tangles in my hair, and then I have hair in my face, and so on and so forth.

I don’t like any of that. However, I don’t hate my eyes. I don’t curse my ancestors for being myopic. I’m not mad that I’m aging and getting farsighted. I’m not saddened by the fact that my grandmother was myopic and farsighted. I don’t care that I wear glasses. I suppose I am a little sad that I can’t wear contacts; I can’t bear to touch my eyes, so even after practicing for 6 months, I couldn’t get the contacts out. I don’t like the way my glasses look in pictures, but I can just take off my glasses when someone else takes a picture of me. I don’t need to be able to see to do that. Have I considered laser surgery for my eyes? Yes, but even thinking about someone else touching my eyes makes me faint and nauseated. (I’ll deal with that one when I have to have cataract surgery.) I’ll stick with the glasses, thank you.

I love my glasses. Without them, the world is a big, blurry, scary, unknowable unknown. I’ve accepted my myopia. I’ve never felt like I was a failure or a loser because I wear glasses.

Next step, apply this concept to my body.

If only it were as easy to do as it is to say.

We went to the rock gym for Chunguita’s birthday. I managed to have my camera on a low resolution setting. That, combined with the low light and the frantic action on the part of the kids made for terrible pictures. Here are a few. Mouse over the images for my comments.

I added No Weigh: A Declaration of Independence from a Weight-Obsessed World to my Eating Disorder Worksheets.

I’m depressed. The weather is grey and gloomy. We had some sunshine yesterday, but it’s back to clouds and rain today. I’ve been having a terrible time getting out of bed, and I don’t want to eat.

I have been waking up every couple of hours for the last week or so.

I had an ASG meeting on Saturday, and I was able to get myself out of bed and up to Walnut Creek. I was late, but I made it. Usually, getting out with my sewing friends gives me a lift, but not this time. It was a struggle to engage with the other members. I was helping Janet with her sales; she did a trunk show and sale for this meeting. She grossed about $800 which she said was good. Last time that I helped her, she grossed about $1500, so I was thinking we hadn’t done as well. I was bummed that Janet couldn’t have lunch with me after the meeting.

When I got home, I didn’t have any energy to do anything. DH put the kids down for quiet time, so I was able to veg for 2 hours. When they got up at 4 pm, Pulguito was spoiling for a fight. I tried to head off a meltdown by taking them to the park with Lily. We had a mini-meltdown that resulted in Pulguito’s spilling of his potato chips. That helped to get him to think about his actions for a little while. We played at the “sand” park for a while. LARPD took out the swings. 😦 Then we walked around-about way home, so I got a little exercise (yay me!). Unfortunately, Pulguito had a major meltdown during dinner and had to go to bed at 6:30. I did the dishes, listening to him cry, beg, bargain, and cry some more. After the dishes, I decided I needed to get out of the house, so I took Chunguita to Joann’s to get some big-eyed needles to embroider with pearl cotton. When we got back, I remembered that Amanda was having a party for Partylite and some other things. I want to get that votive thingy that you can put a child’s artwork in, so Chunguita and I went in. I had a binge on these scone-cookie things. Pulguito was asleep, and DH was watching TV when we got home. I went back to my computer to veg out and play a computer game until bedtime.

On Sunday, Pulguito wakes up at 4:30. I manage to keep him in bed until 5:30, at which point, I take him out to the TV and turn on Dora. I go back to bed. DH had taken Pulguito and Lily to the puppy park and Lowe’s. They came back with a decaf latte for me. I still feel like I’m dragging. It takes me a long time to eat breakfast and get dressed. I run to Trader Joe’s to get scallions, parsley, and whole wheat pasta for DH to make dinner. On the way back, I stop at Starbucks for a regular latte. I’m not supposed to have caffeine, but I’m really tired of feeling like I’m dragging. I get DH a decaf one. He’s happy when I get home because I brought him a latte. It takes me an hour to wrap (ha, ha, put in a gift bag) the gift for Riley’s birthday. Then, finally, I am interested in sewing .. shit, interested in doing anything. Alas, it’s time to go to Riley’s party with Pulguito. I still feel crappy. I decide to indulge in more caffeine, a diet coke, at the party. At last, I feel normal again.

I feel okay on Monday and this morning. I do not continue the indulgence in caffeine.

Finally, we are to Tuesday. Group day. There’s a guy in our group. YIKES! He’s painfully thin, and I can tell he’s terrified. So I put aside whatever bigotry against men abides inside me, and along with the rest of the group, I welcome him as another person who is in terrible pain from an eating disorder. Turns out, he’s pretty much exactly the same as the rest of us. Poor guy. Poor us.

It’s the last day of the month, so it’s “Body Image” day. I hate body image day. We were supposed to do a thought record on body image, like every month, and, yet again, I did not do it. This month, I managed to come up with a trigger. I decided that I would just do something on “body”. Sunday night, I decided to do yoga with DH (I thought he was going to faint when I said I wanted to.) My flexibility is good, a natural ability. DH’s yoga tape is a Yoga For Wimps tape, so it’s mostly just stretching. I do good, but then I get all bummed out because I am so fat that my tummy gets in the way. And my bad knee, that I fell on for the second time last summer, hurts and makes it so that I can’t do any exercises on my hands and knees. Do I feel good that I exercised? No, of course not. That’s why it’s called an eating disorder. Did I do the thought record? No, but I have a topic. That’s further than I’ve ever gotten before.

So today in group, we get this lovely handout on body image, and we get asked how are we doing. The first thing that we discuss is “I will treat my body with respect.” So how are we doing? I think I’ve improved because instead of not eating, I’m making myself eat on a schedule. “So how about exercise?” asks the bitch therapist. Well, right now, I want to get into bed and cover my head with blankets and hide, so I’m not going to push the exercise. Just eating is hard enough. “Exercise is the best remedy for SAD; blah, blah, blah.” continues bitch therapist. No, it’s just too hard right now. “Just get out and walk around the block …” the therapist continues to push.

💡 Hey, I have been exercising. I walked with the kids and stretched with DH. In the ED frame of mind, it didn’t count because it didn’t go on long enough and was not of sufficient intensity. It is so hard to let go of that all-or-nothing mindset. “It must be the perfect exercise to count.”

It’s called a “tittle.” The “i” got it’s dot sometime during the 13th century, during the period of copying of manuscripts. The “i” was made with one stoke and other letters were made with two and three strokes……the dot was used to distinguish the “i” from other letters. The dot is not a diacritical mark — it does not change the way letter is pronounced. The “i” and the “j” were indistinguishable in usage until the 1600’s, they used the same character, the single slash…. again the lower case was given the dot to distinguish it, and the upper case came to be invented with the invention of type.

We got a bunny. 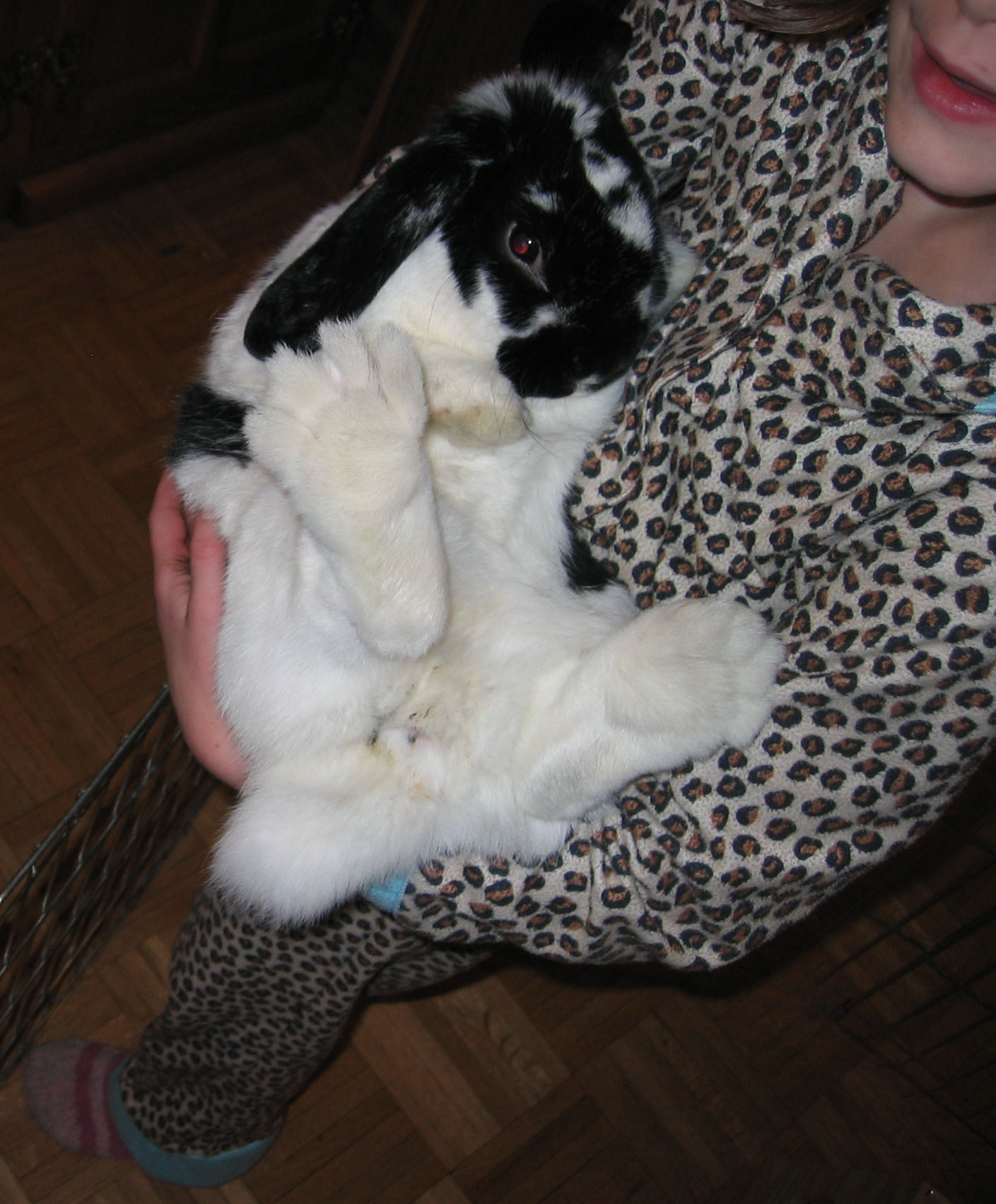 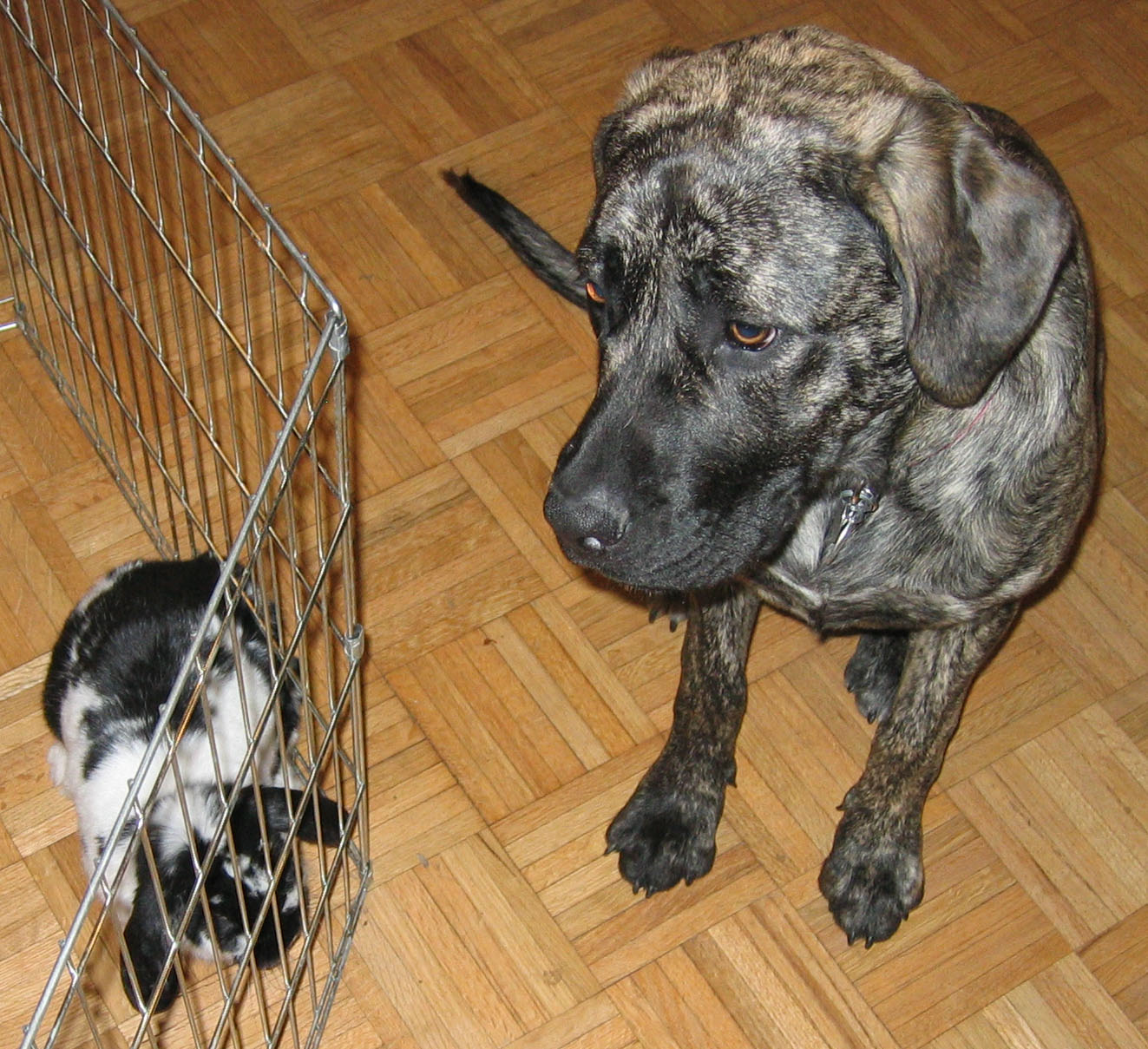